You can run and analyze reports on Balsam’s Interlibrary Loans. The “Recent Holds Report” provides information on requests, fulfillments and cancellations for any period for all libraries in the Balsam Consortium.  From this report you can cull information on all of the holds placed by your library and to your library.

Select the date range for the report 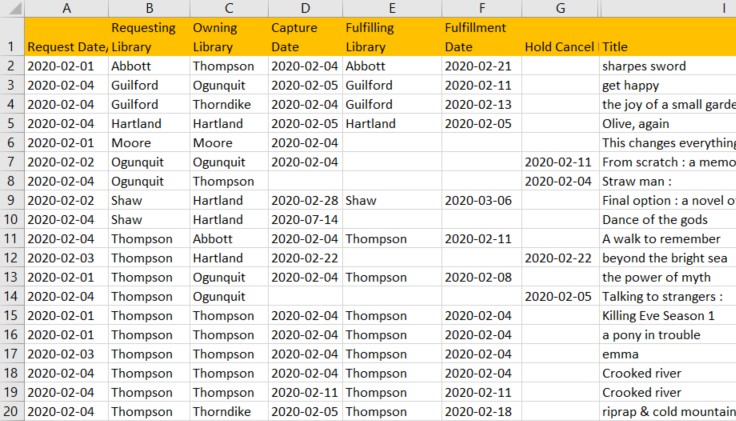 (This sheet is sorted by Requesting Library, then by Owning library)

Note the blank rows in the Fulfillment Date column.  These requests have never been fulfilled. Those in the “Hold Cancel” column have been canceled.

You can get several pieces of information from this report relating to your library. Among them are: 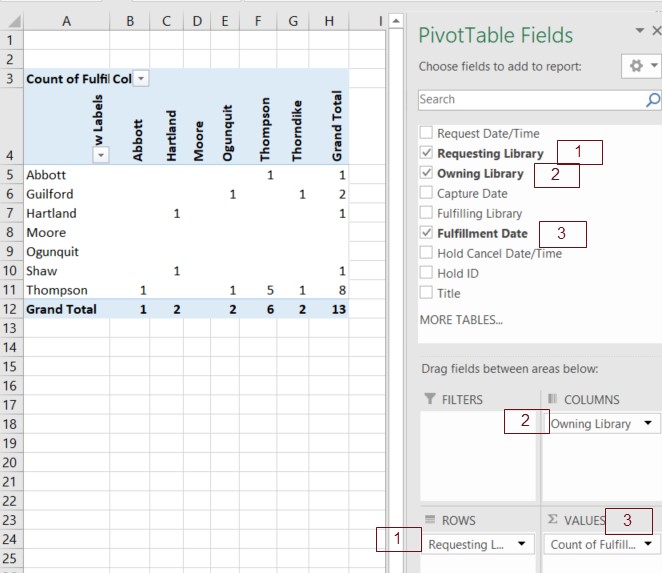 You can make the columns read vertically by selecting the entire row (in this case, “right-click” on the “4” to the left of the row with the library names).  Then select “Format”, then “Alignment”.  Then drag the little hand in the “clock” to the top:

If you want to see how many requests made by Thompson patrons that were filled by other libraries, simply remove Thompson from the “Owning Library” column. 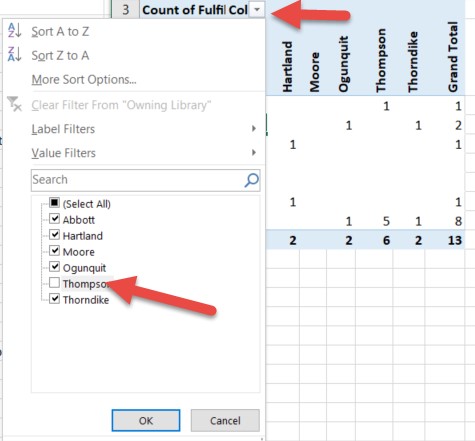 (Click the dropdown box next to the Column, then deselect “Thompson”)

Now the pivot table shows only those requested by Thompson and fulfilled by other libraries. 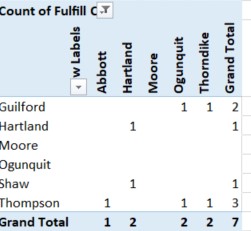 In this case,  Thompson’s patrons received three requests from other libraries (Abbot, Ogunquit and Thorndyke).

Conversely, if you want to see only the items that Thompson sent to other libraries, deselect Thompson from the dropdown for the rows 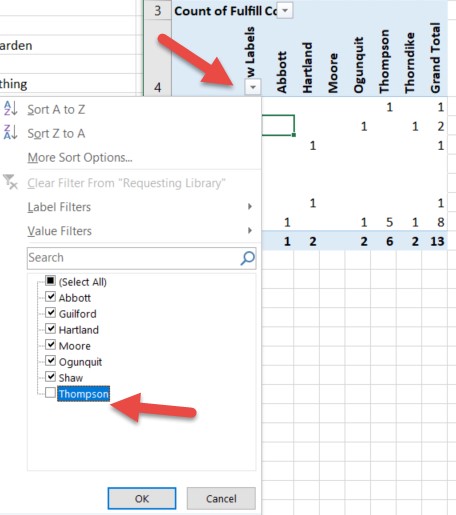 In this report,  Thompson, filled only one request from another library (Abbot). 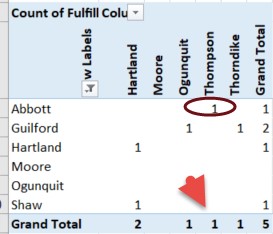 (For this period, Thompson’s patrons received three items from other libraries while the Thompson library only sent out one item to patrons of other libraries.)

Details about Our Libraries